American Seniors Association was founded 12 years ago with a simple purpose—to serve as a conservative alternative to AARP as a voice and reliable resource for conservative Americans 50 and older.

More than a third of the American population is 50 and older. And in less than two decades, close to another 28 million of our citizens will join these ranks. Tens of millions of well-seasoned Americans identify as conservative, and yet, we have limited representation and few institutions that are “here for us.” ASA exists to be “here for you” now, and in the future.

We were founded in 2009 when AARP publicly supported Obamacare.

Americans wanted another choice, so ASA was founded as a conversative alternative. At the time, more than 30,000 Americans ripped their AARP membership cards in half and joined ASA. They mailed in their torn AARP cards when joining newly formed ASA.

Over the years, we have stood and chosen the individual American 50 and older over big insurance or big pharmaceutical companies. We have advocated for the freedom and rights of our older American population and even joined with other conservative organizations when advocating for seniors on Capitol Hill. 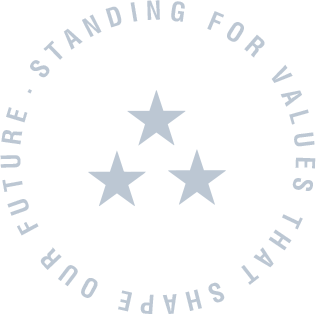 America’s 50+ population have earned respect, admiration and support for the contributions they made throughout their lives building families and enhancing the quality of American life. At ASA we believe that you should have choices when selecting benefits and products—as well as the organization that represents you first and foremost. Our national values should include respect and appreciation for America’s 50+ population.

We are the conservative voice for America's seniors.

Our Five Foundational Principles Include:

• America's seniors should always be free to live a vibrant, active life filled with choices in employment, retirement, health care, lifestyles and housing. Their freedom and independence should always be paramount.

• America’s seniors should always feel safe and protected. Our laws and community standards should always protect America’s 50 and older population. We will never stand for defunding the police. We support the police and military and stand behind all of these organizations across America.

• American’s seniors should have access to information, products and benefits that provide them with the opportunity to live full, healthy and fulfilled lives.

• We must make sure that all Americans have the ability to make retirement security and savings a life-long process.

• We must defend our constitution and stand strong against big tech companies and limits on free speech. We must stand in the arena in the public square as conservatives fighting for our first amendment rights.

• We are against silencing ideas and opinions that do not conform to a certain political view and stand strong against the cancel culture that is taking root. We believe all viewpoints and opinions must be heard and debated and that each individual has a right to be heard.

• It’s also an ominous sign that Big Tech censorship is growing—and growing bolder. As we stand together and advocate on your behalf we must signal to Washington that the public forum depends on debate and a free and open society where an exchange of ideas is what this country was founded upon. Conservatives cannot be silenced.

• When our government is consistently spending more than it receives in taxes, and debt service becomes the nation's largest budget item, there is no security for any American. This is not a partisan issue - it is an American issue. It is impossible for anyone to plan for retirement while government overspending wrecks financial markets, ignites inflation and restricts the flow of capital.

Mr. Knopik is the former CEO of Beall’s department store, as well as chairman of the board. He currently serves on the board of directors of Publix Supermarkets. Prior to his retirement, he was active as a board member in a number of statewide and national organizations including the Florida Chamber of Commerce, the Florida Retail Federation, Leadership Florida and the National Retail Federation. Steve is an active member of the Florida Council of 100. In the West Central Florida area, he is a member of the Southwest Region Advisory Board for Truist Bank, a Director Emeritus of the Palmetto Youth Center and a former member of the Board of Trustees for Academy Prep Foundation, an organization that oversees the operation of middle schools for economically disadvantaged children in St. Petersburg and Tampa.

Mr. Neff served as President of Neff & Associates, Inc. and Insurance Home Office Services, LLC since 1999. He is also the chairman of Sabal Palm Bank since 2007, chairman and CEO of Beacon Aviation Insurance Services since 2010, and on the board of directors of the not-for-profit Sarasota Gulf Coast CEO Forum. Mr. Neff previously worked at the FCCI Insurance Group from 1986 to 1999, most recently as President and Chief Executive Officer from 1987 to 1999. He was previously Chairman of the Board of the Florida Workers' Compensation Joint Underwriting Association and has held various positions at the Department of Labor and Employment Security and the Department of Insurance for the State of Florida. Mr. Neff previously worked at an insurance consulting group, a multi-line insurance agency and the Department of Insurance for the State of Michigan

Mr. Serrano served as president of Canberra Industries, a global leader in nuclear scientific, environmental monitoring, and homeland security systems and services. He was a board director for Packard BioScience Company, as well as its senior HR executive and corporate secretary and was and the former human resources director for a Union Carbide Corporation. In Meriden, CT, he served as a board director, trustee, and chairman of the YMCA as well as board director of the United Way, of the Economic Corporation and of the Chamber of Commerce. Mr. Serrano also served as board director of the University of Connecticut Alumni Association. In the US Army Reserves, he retired as a Colonel, served as the executive officer of a 1,000-bed general hospital, commanded several units and was awarded numerous citations, including the Bronze Star for his service in Vietnam.