Three Supplements Every Man Should Take

Let’s get real for a minute: When it comes to health, women are generally way more knowledgeable than men.

Women make 80% of the health decisions in the family. They buy 70% of health, diet and self-improvement books. They’re much more likely to schedule doctor’s appointments and to be sure that everyone in their family is getting the kind of health care they need.

Men, it’s time to step up.
Ever since I wrote my blog post on being 70, I’ve heard from a lot of men “of a certain age”. Apparently, many of these men were inspired by my blog post. These guys aren’t willing to just go gently into the night, say goodbye to passion and romance, slow down and whither away. They don’t want to look and feel like old men when they hit 60. These guys want to know what it takes to be happy, active, passionate, involved and engaged as they round 50, 60, 70 and beyond.

Some of these guys are only in their 40’s but want to be proactive—they want to do everything they can so that they feel as good in 30 or 40 years as they do right now. Others are in their 60s and 70s and want to do a course correction before it’s too late.

I actually think you guys are an underserved population. So let’s start with something very simple: Three supplements every man needs, especially if you’re over 50.

First, let’s be clear. Despite the fact that there are about seven gazillion over-the-counter “cold remedies” that promise symptom elimination, the truth is that nothing’s going to cure or prevent colds. 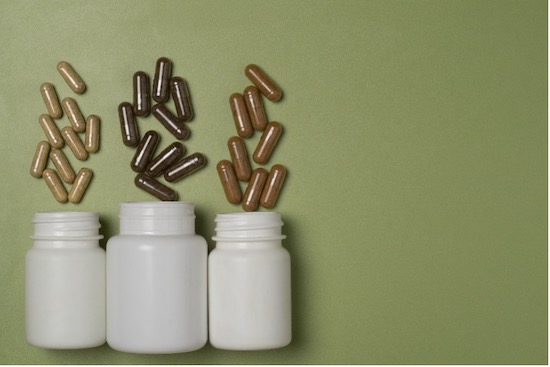 If I had to choose one supplement to take with me on a desert island, I wouldn’t hesitate for a moment before choosing fish oil. There’s really no other supplement I can think of that gives you a greater variety of health benefits. Omega-3 fats are one of the most anti-inflammatory substances on the planet. That’s important because inflammation is a “silent killer”, and a promoter of every degenerative disease we know of, from heart disease to cancer, from obesity to arthritis, from Alzheimer’s to acne. Inflammation is also one of the main sources of joint pain and muscle aches. Omega-3’s have been shown to lower triglycerides and blood pressure, while improving mood and lifting depression. They get inside the cell membranes making it easier for cells (like brain cells) to “talk” to each other. Low levels of omega-3’s have been associated with learning problems, vision problems, attention problems and behavior problems. And they are one of the least controversial supplements on the planet- even mainstream medicine recognizes their enormous value in human health.

The omega-3 fatty acids in fish oil are EPA (eiposapaenoic acid) and DHA (docosaxhexanoic aicd). Any good, reliable fish oil supplement will tell you on the label how much EPA and DHA are in each dose. You should try for a minimum of 1 gram combined EPA and DHA daily, but that’s minimum-wage nutrition. Most nutritionist-doctors I know are much more likely to recommend 3-4 grams a day, which is what I personally take. It’s easier to get that amount from liquid fish oil than from pills, though you can certainly do it with pills if you’re willing to swallow a whole bunch of them. An even more “painless” way to get a good dose is with Barlean’s swirls, which is omega-3s in a kind of “fruit compote” liquid which actually tastes pretty good. My favorite is the high potency key lime fish oil swirl– you can get on Amazon.
I usually just squirt a couple tablespoons worth into full into my mouth every day without even measuring it.

Every day more research is coming in showing that we have completely missed the boat on this nutrient. The current RDA is for 400 IUs a day but that doesn’t begin to give us enough to get the incredible benefits of this underappreciated vitamin. Three quarters of the US population is vitamin D deficient(1), and study after study shows that low levels of vitamin D put you at higher risk for cancer, for weight gain, and even for depression.

Vitamin D has been shown to improve physical performance in older adults and improve scores on mental exams for Alzheimer’s patients(4). Levels of vitamin D in the blood can actually predict success with weight loss programs (5,6), and one amazing study showed that you had a greater chance of dying from any cause whatsoever if you had low levels of vitamin D in your blood.(7)
I personally take 6,000 IUs a day, and I live in southern California and spend a lot of time in the sun on the tennis court. At the very least take 2,000 IUs a day. If your blood levels are less than optimal (easily measured in an 25(OH)-vitamin D test), you’ll probably need 5,000 a day to bring them up.

Magnesium is a lot more than calcium’s partner (though it is certainly that as well, absolutely essential for strong bones). It’s needed for over 300 biochemical reactions, helps maintain muscle and nerve function, acts as a natural “calcium channel blocker” which helps protect the heart, is involved in maintaining healthy blood sugar and is essential for keeping blood pressure at a healthy level. It’s also very relaxing. If you can ever find an integrative medicine doc who gives vitamin drips, try getting one with a heavy dose of magnesium. You’ll sleep like a baby. Surveys show that about ¾ of Americans don’t get nearly enough of this wonderful mineral, the fourth most abundant in the body. It’s found in fruits and vegetables and nuts, and if you’re going to take a supplement be sure to get at least 400mg—800mg would be even better. Magnesium glycinate is one of the best absorbed, and magnesium citrate can help you if you’re constipated. Magnesium oxide is the cheapest.

No man is going to get instantly healthy by taking supplements, but then you knew that already, didn’t you? Nonetheless, taking these three on a daily basis is a good start! 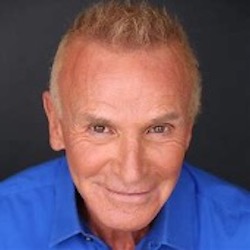